Painting - 1990s These paintings are the earliest works that mark a period in my practice where I explored the human condition and referenced the human form directly. The application of paint was organic and fluid, deliberately in contrast to the detail of my earlier work in graphic design and illustration.

Anthropomorphic Sculpture 2008 - 2011 In these sculptures I make reference to industrial architecture as as metaphors for exploring the human condition and human anatomy. These buildings take on humanlike qualities, becoming entities that emulate the unescapable and universal biological function of modern society as organic machines. With an electrical pulse of their own, their plumbing becomes fleshy and mobile and their barred window eyes allude to something of their inner workings and industrial dreams.

Drawing 1993 - 2011 Drawing is an important process at the origin of my creative practice, with mark making skills forming a direct link to the visual language of all art production. In these charcoal works I used a technique called Perceptual Drawing, a process involving keen observation and concentration of the subject to create a sense of emersion, pressurised and exaggerated space between objects achieves a sense of deep space and hyper reality. These works were were essentially focussed exercises, to begin a day in the studio to abolish the mundane concerns of everyday life. 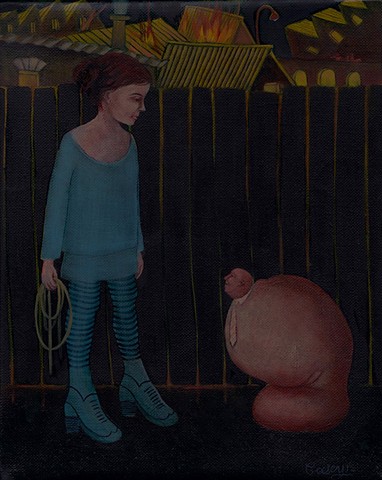 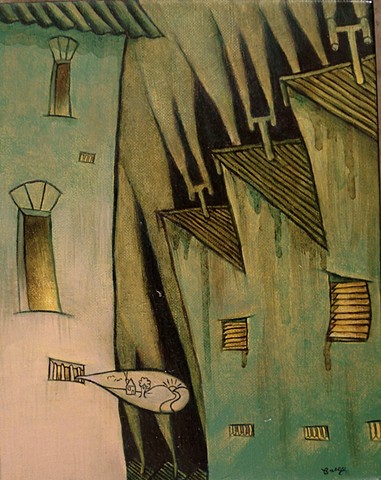 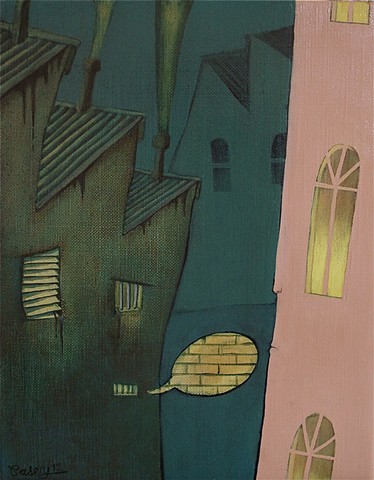 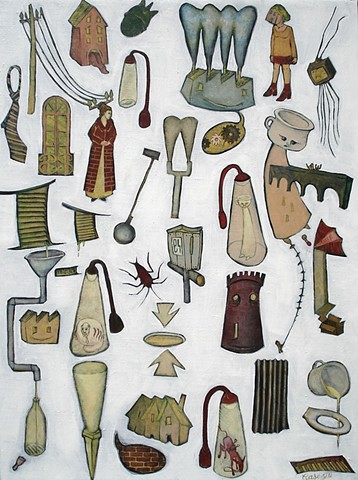 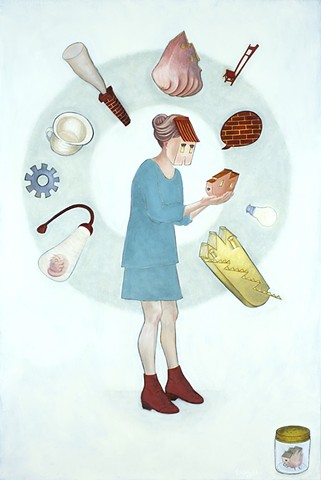 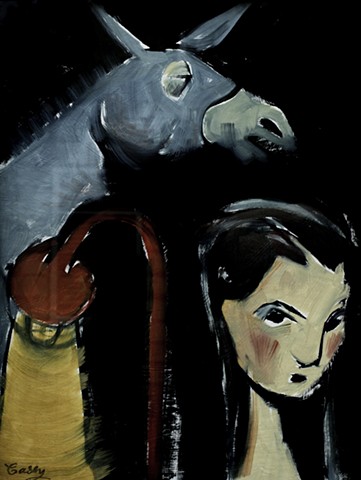 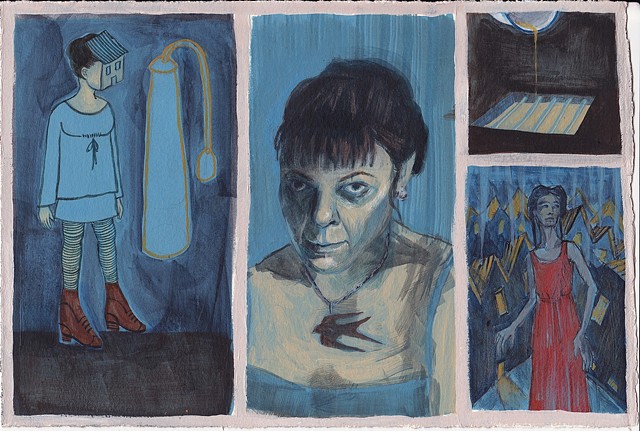 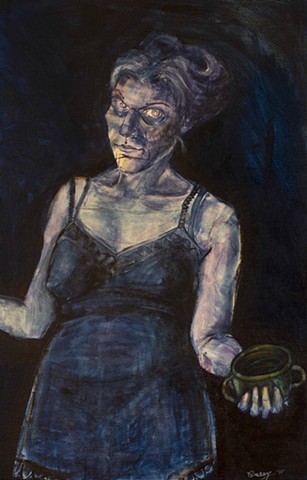 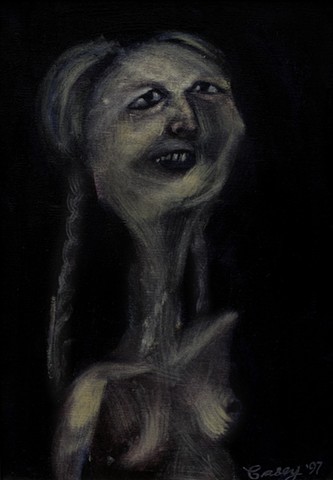 Her Again
Oil on linen
20x25cm 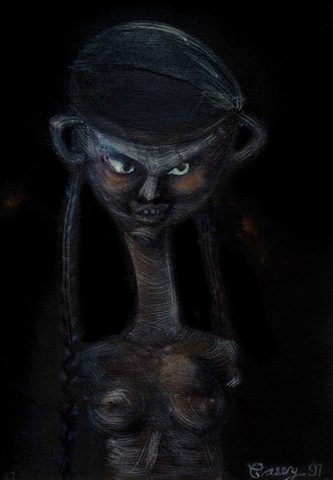 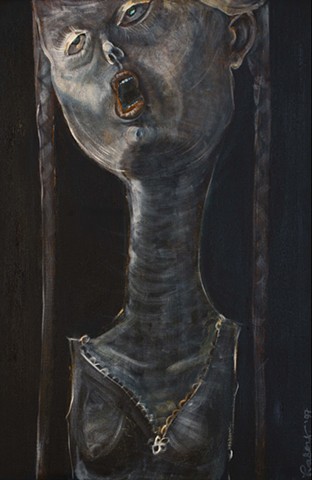 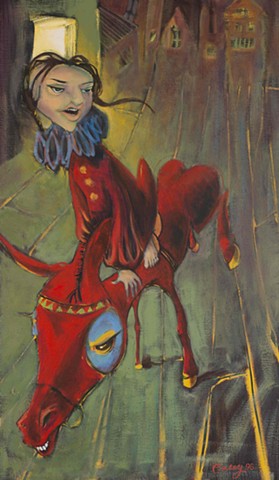 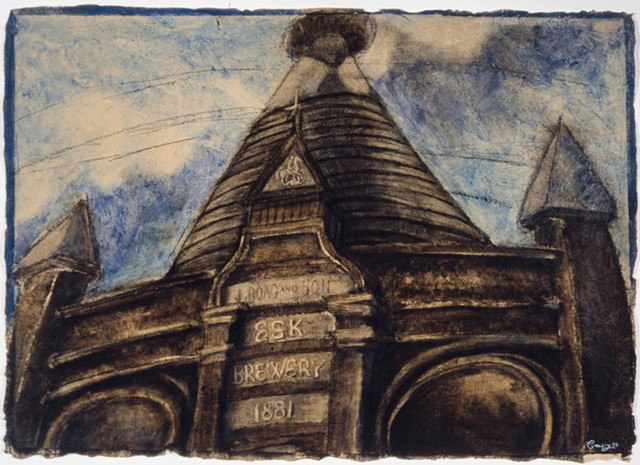 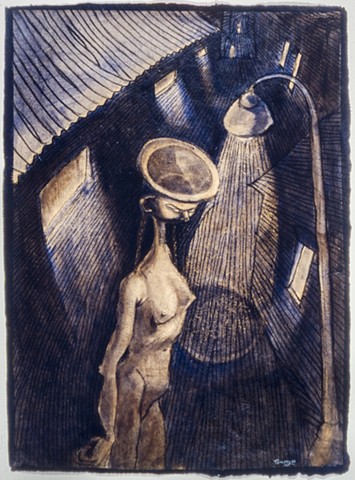 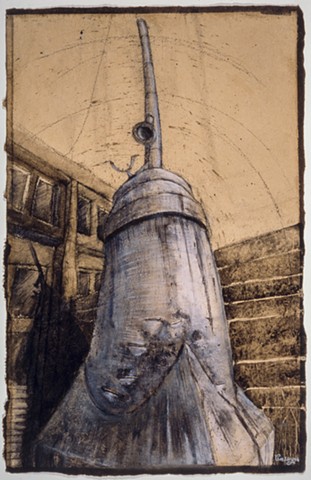 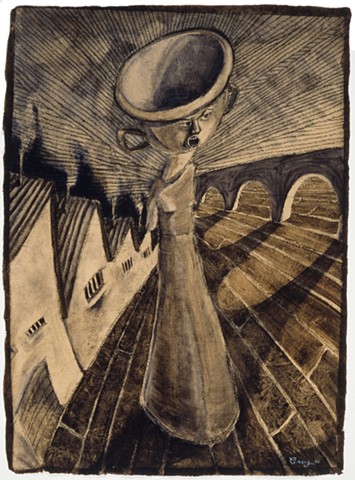 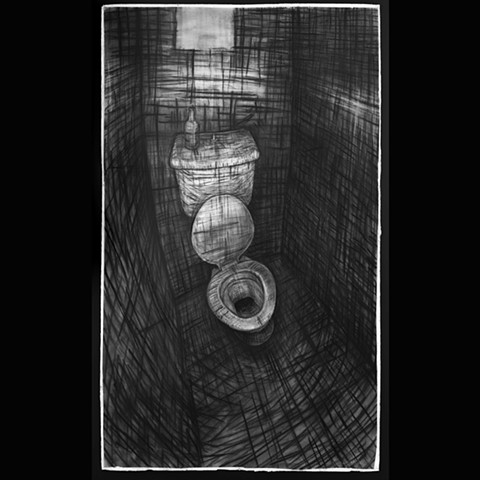 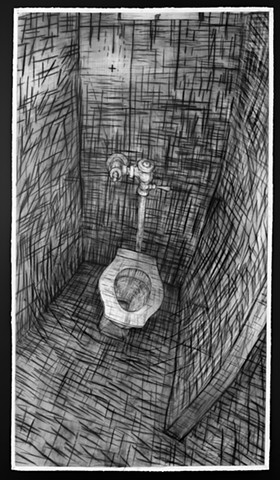 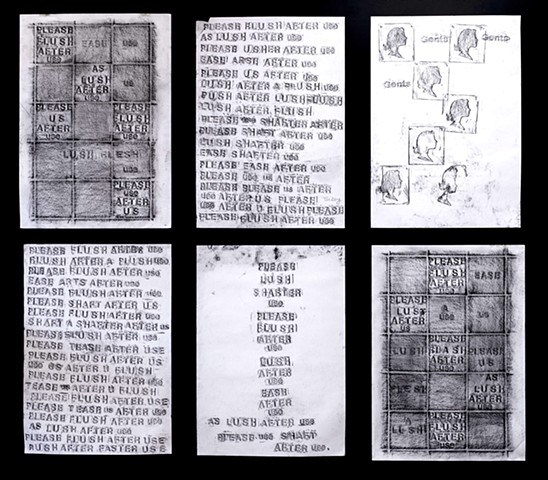 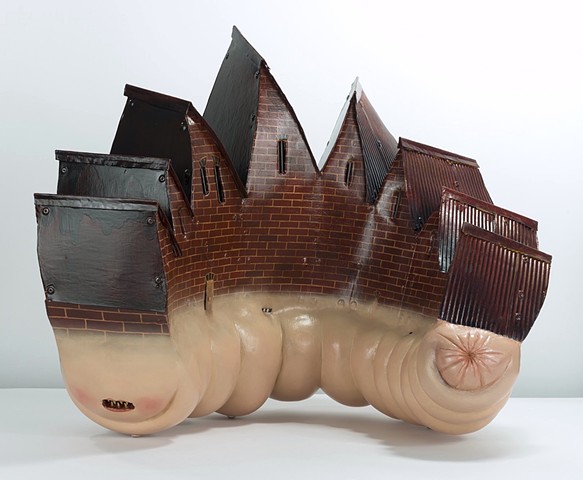 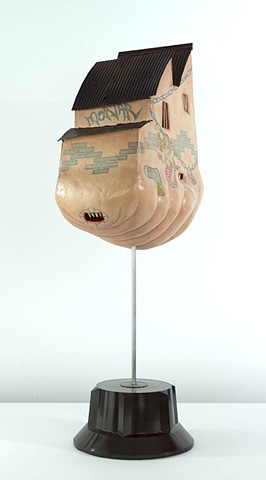 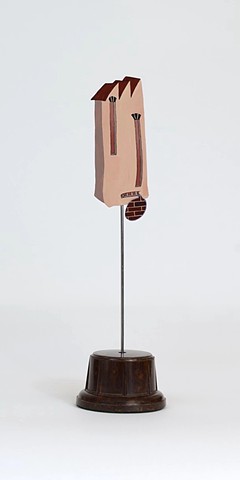 The Factory Speaks
Acrylic paint on aluminium with a Bakelite base
28.5 x 7 cm 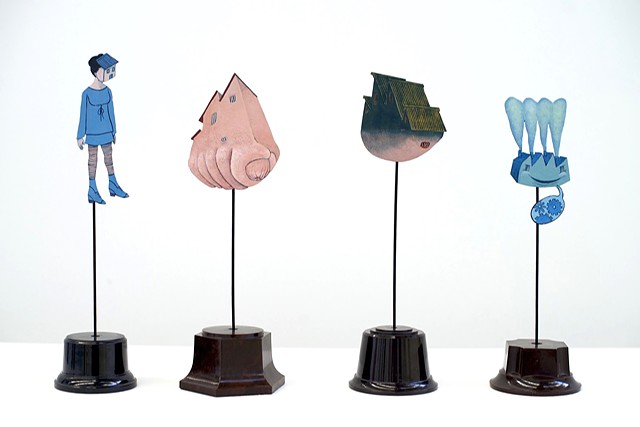 Parasitic Entity 2013
Acrylic paint on aluminium with a Bakelite base 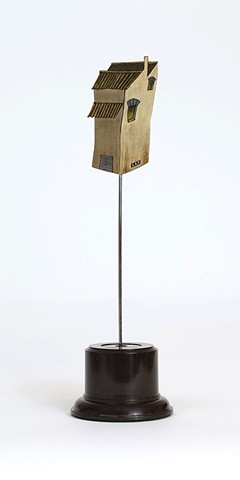 Dirty Old Factory
Acrylic paint on aluminium with a Bakelite base
28.5 x 7 cm